Although Irish in character, Holy Cross cemetery is first and foremost a Roman Catholic burial ground and individuals from various non-Irish ethnic backgrounds are interred within its gates. Some of those burials were people of First Nations descent. Since the seventeenth-century the First Nations people have had a deep-rooted and complex relationship with Roman Catholicism, and their presence in Holy Cross graveyard is representative of their important role in founding and preserving Catholicism in Nova Scotia. 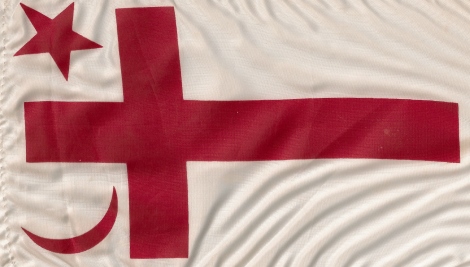 The roots of Roman Catholicism in Halifax were planted by both the French and Mi’Kmaq peoples in the early eighteenth-century. In 1760, Abbé Pierre Maillard known as the “Apostle to the Mi’Kmaq” arrived in Halifax as vicar-general of Quebec with the responsibility for providing Catholic leadership in colony. Miallard, who spent twenty years labouring among First Nations peoples in Cape Breton, was well known for his close relationship with the Mi’Kmaq and especially his knowledge of their language and culture. Although we can’t be certain what the Mi’Kmag community thought of Miallard’s position in Halifax, we do know that shortly after his arrival many Mi’Kmaq joined in celebrating Halifax’s first Catholic Mass.

Throughout Nova Scotia in the nineteenth-century, the Mi’Kmaq maintained a unique relationship with Catholicism. Often deprived of a regular priest or missionary, the community combined various spiritual customs and Catholic ritual, which resulted in a unique liturgical practice. In places like Chapel Island, Cape Breton, celebrations were held annually in honor of St. Anne, the grandmother of Jesus. Historians have argued that the saint was significant in the First Nations community due to the deep admiration for the wisdom of age. 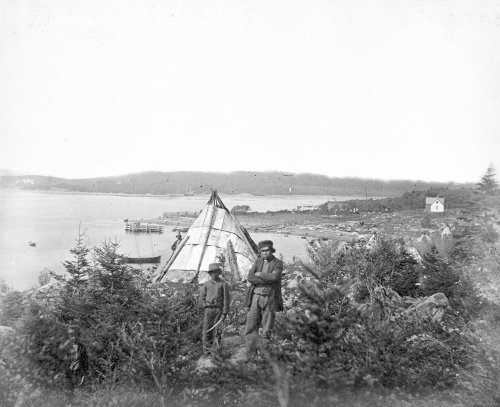 In the old St. Peter’s Roman Catholic burial ground (located next to St. Mary’s Basilica), there were four Mi’Kmaq burials from 1800-1842

Like the Irish, the First Nations peoples buried in Holy Cross after 1843 came from various circumstances. The first burial took place in the spring of 1844 when thirty-year-old Lewis Cope was interred, and the last was in January 1896 when the “stillborn”, Annie Knockwood of Maynard Street was laid to rest.