In Holy Cross cemetery, near the small chapel, the remains of the Women Religious that served the Irish Catholic community of Halifax for generations are buried. In many ways these women were the vanguard of Roman Catholic social action in the city. Generations of religious sisters taught in public and post-secondary schools, staffed orphanages, and were a visible (and constant) reminder of the Catholic faith in the parishes.

There is nothing more identifiably Irish Catholic in the city of Halifax than the Sisters of Charity and the Sisters of the Sacred Heart. In fact, historian Terrence Murphy has argued that the arrival of both congregations in 1849 was one of the most significant events for the Catholic community in the nineteenth-century. Originally, the bishop of Halifax, William Walsh, had an agreement with the Sisters of Mercy in Ireland to bring a small group of nuns to Halifax, but when the deal fell through, the Halifax prelate asked his friend, Bishop John Hughes of New York, to facilitate a transfer of four Sisters of Charity from their motherhouse on the Hudson, and also helped him reach an agreement with the Religious of the Sacred Heart.

The job of both congregations in the early going was to found and administer schools. Within a short time the bishop wrote that there was “an excellent body of women in both establishments” and that they were proceeding to “our entire satisfaction.” The Sisters of the Sacred Heart focused on the children of the Halifax elite and “young ladies of quality” (although they staffed a “free school” as well), and their convent became an identifiable educational institution in the city. According to Brian Hanington, the Sisters of the Sacred Heart were semi-cloistered and “kept a very low profile,” and were generally permitted to manage their own affairs. 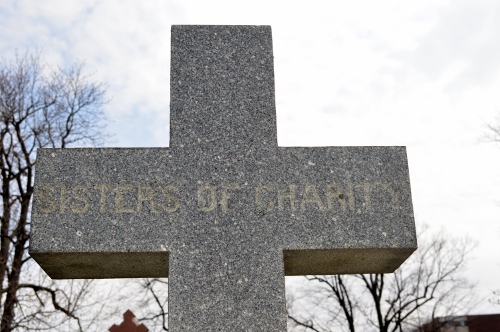 Conversely, the Sisters of Charity focused more closely on the wider Catholic populace, staffing schools throughout Halifax (and Dartmouth), and administering St. Joseph’s Orphanage. Uncloistered, the Charities faced many of the negative aspects of nineteenth-century society and were aware, writes one historian, “of the lively character of society.” The congregation was very visible in the community and often organized processions of their students to Holy Cross Cemetery and to Saint Patrick’s Church, attracting the attention of many non-Catholics who were reportedly impressed with “the order and correct deportment” of the children.

The congregation also had its share of acrimony, entering into a projected (and fairly public) spat with the Halifax Archbishop, Michael Hannan, in 1877. The Mother Superior of the congregation, the Halifax-born, Mary Francis Maguire (1837-1905), had resisted the desire of the Archbishop to control the congregation and close Mount St. Vincent academy. Eventually, with the aid of Bishop John Cameron of Antigonish, the congregation won their case in Rome and Archbishop Hannan was stripped of his authority over them.

Both the Sisters of Charity and the Sisters of the Sacred Heart offered many young Halifax girls the opportunity to pursue religious life. Many young Irish Catholics joined the congregations, including Ellen Maria Kenny (1845-1925), the daughter of Sir Edward Kenny, who “pronounced her vows” as a Sister of Charity in February 1867. 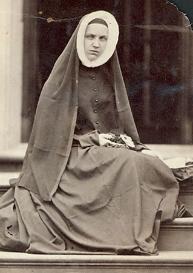 In the nineteenth-century, forty-six women religious were buried within the gates of Holy Cross cemetery. The first sister interred, was Mary Helena Howlet, a Charity and native of Halifax, who expired in June 1867. The last buried was Sister Mary Rita Jones, a thirty-five-year-old native of Newfoundland who died in October 1898. Of the forty-six, thirty-four were natives of Atlantic Canada, five were from the United States, five from Ireland, one from Quebec, and one was a native of the West Indies.

J. Brian Hanington, Every Popish Person: The Story of Roman Catholicism in Nova Scotia and the Church of Halifax 1604-1984 (Halifax: Archdiocese of Halifax, 1984).