According to James W. St. G. Walker, author of The Black Loyalists: The Search for a Promised Land in Nova Scotia and Sierra Leone 1783-1870, the passage of Black loyalists to Nova Scotia was “not merely an escape from slavery,” but an entry into a new world “where the dignity and independence that came of equal citizenship were to be his.” Yet, although some Black loyalists came to Nova Scotia in the eighteenth-century as free men and women, many others arrived in bondage. In fact, according to Amani Whitfield, “the difference between free and enslaved blacks was remarkably fluid.”  While the largest community of free blacks that arrived in Nova Scotia by 1783 resided at Birchtown, near Shelburne, there were other primarily black loyalist communities, such as Brindley Town (near Digby) and Little Tracadie (Guysborough County).

There were large numbers of blacks in this period that chose to reside in the Halifax area. One of the largest black settlements was Preston (northeast of Dartmouth), which was both close to the garrison town’s market, and also near to the water and decent timber stands. Black familes, some unable to find land elsewhere, also resided within Halifax itself, and like the Irish emigrees, many erned a living as labourers or tradesmen. By 1791, Blacks comprised almost twelve per cent of the Halifax population (422/4897). 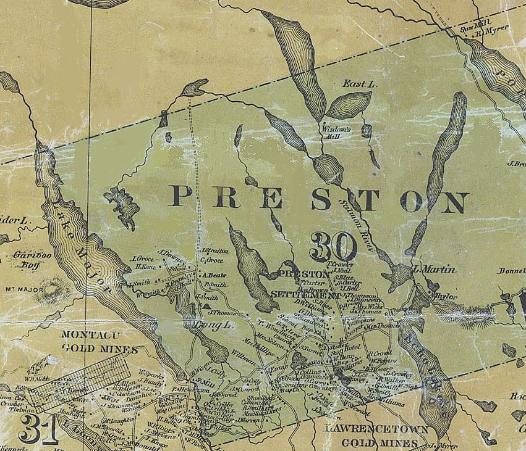 Unquestionably the African-Nova Scotian community had to overcome many trials and prejudices as it forged a place in society. According to Greg Marquis, “two-thirds of black families acquired no title to land, and those who did received small holdings more fitting peasants than yeoman farmers.” By 1816, some 2000 “refugees” freed by the British Army during the War of 1812 were sent to Halifax and built a community at Hammonds Plains. As was the case with the earlier loyalists, the land was poor and gaining title was difficult.

One of the most important means of dealing with these problems was religion. For the most part, the black community worshiped in an evangelical style most closely resembling the practices of Henry Alline and the “New Light Movement.” According to one historian, unlike the Irish Roman Catholics that were sacramentally based, in the black community “inspiration came directly from God to the preacher and his congregation through visions, dreams, and the physiological experiences of the prayer-meeting.” In other words, it was a reliance on faith as opposed to the sacraments or scripture. 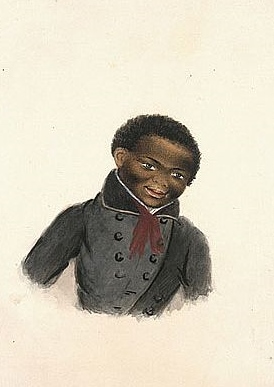 In the nineteenth-century very few Black Nova Scotians were active members of Roman Catholic congregations. Yet, there were exceptions. In St. Peter’s Roman Catholic cemetery, located next to St. Mary’s Church (now Basilica), which served the Halifax Catholic community until 1843, Tiobas Aoke “a Blackman” was buried on 7 May 1817. In Holy Cross Cemetery, the archival records indicate that thirty-eight individuals of African descent were interred in the nineteenth-century. The first, the ninety-one-year-old Winnifred Jackson, was laid to rest in December of 1843. Interestingly, she was the thirteenth individual buried in the new cemetery. Other than her name, date of birth (1752), the notation “colored”, and the fact that she was born in Virginia, we have no other knowledge about her life (She is buried in Plot B6). Yet, due to her Virginia birth, we can speculate that she came to Nova Scotia as a freed “refugee” during the War of 1812 when the British liberated a number of slaves from the Chesapeake Bay area.

List of individuals of African descent buried in Holy Cross:

James D. Lockett, “The Deportations of the Maroons of Trelawny Town to Nova Scotia, Then Back to Africa,” Journal of Black Studies, 30, 1, (September 1999): 5-14. View Lockett Article Here