Ancient Studies is the study of the ancient Mediterranean world with particular emphasis on Greek and Roman civilizations in the period roughly 2000 BCE to 600 CE. The Ancient Studies program at Saint Mary's University focuses on elements of the social history, archaeology, art, and architecture of ancient Greece and Rome, although we also teach courses on Classical Greek and Latin. Our program also includes some courses that give an introduction to the ancient near East and Egypt, and many of our courses on early Greek art and history note the important contribution of Near Eastern and Egyptian cultures in the creation of Greek Archaic and Classical society and the role that these cultural groups played in the Greek intellectual achievements of the Classical and Hellenistic periods.

For generations the western world has looked to the ancient Greeks as a source of literary, artistic, architectural and philosophical inspiration. Greece is commonly held to be the homeland of democracy, while also giving us wonderful literature that forms the foundation of the western literary tradition (Homer, Euripides, Aeschylus, Pindar, and Sappho), philosophy (Heraclitus, Pythagoras, Socrates, Plato, and Aristotle), western figural art (the treasures of the shaft graves at Mycenae, the Diskobolos of Myron, and the Kritios Boy ) and architecture (the Parthenon, the Erechtheion, and the Altar of Zeus at Pergamon). Indeed, through the ancient texts and the material culture left us by the ancient Greeks, we can hear clearly those voices that discussed and examined the role of the individual in society, the nature of the divine, historical causation, and human beauty so long ago, and whose wisdom can help us make sense of the contemporary world.

Studying Rome, we observe how a small city-state in central Italy with a republican governmental system became the capital of a great multi-lingual, multi-ethnic empire where millions of citizens living from Britain to the Tigris-Euphrates valleys came to call themselves Roman. Roman architectural forms (amphitheaters, basilicas, bridges, aqueducts, and insulae ) set the standard in western public architecture for centuries, and the Roman imperial system—including well-delineated law codes, a professional military—was considered a golden age in subsequent European political and social thought. Today, of course, those of us resident in democratic nations may look upon Rome's imperial system as oppressive and unjust, however through study of this period we may gain insight into current dictatorships and similarly oppressive regimes throughout the world, or of the roots of imperialism in the modern period. Indeed, whoever visits the sites of Pompeii or Ostia in Italy, or indeed Roman ruins in countries throughout western Europe, North Africa, and the Middle East, may feel that the Romans are just slightly out of sight, rather like us but intriguing in their differences from us. Some of our students take the opportunity to visit such sites while doing course work at Saint Mary's or at some of our sister universities, or to participate actively in archaeological excavations of Classical sites directed by members of our program.

What can one do with a B.A. in Ancient Studies?

Ancient Studies is one of the core subjects in the humanities or liberal arts and as such provides students with a broad perspective on the origins of western literature, art, architecture, philosophy and religion, as well as affording insight into what it means to be human within the context of ancient Greek, Roman and Near Eastern societies. Moreover, the Ancient Studies and the Classical languages requires that students become careful and critical readers of texts, art and material culture which, in turn, helps develop critical thinking and writing skills that are essential for living a full and meaningful intellectual life. These skills are also highly valued by employers in all fields. Although some students of Ancient Studies at the undergraduate level enroll in graduate programs in the Ancient Studies and find careers in academia, a degree in Ancient Studies is a solid foundation for all manner of professional careers. Many Ancient Studies students go on to have fulfilling careers in law, museum studies, education, business and public management, publishing, editing, journalism and archaeology. 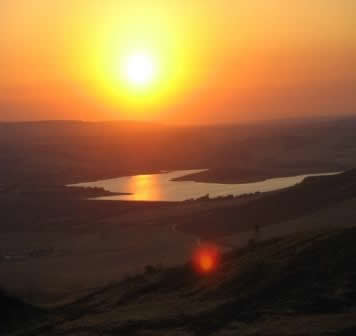