Please click on the picture to find out more: 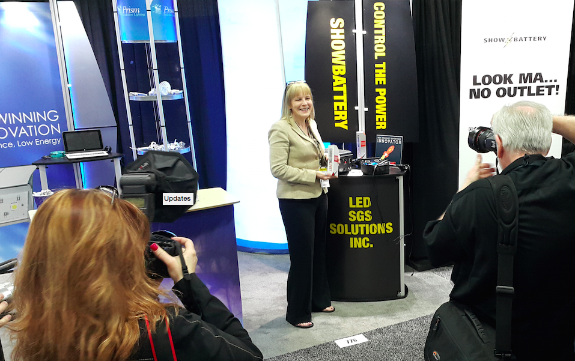 Two-time winner of the ExhibitorLive Buyers Choice award, innovator, and businesswoman Shelley Simpson-McKay has continued to lead her company, SGS Solutions Inc., on the mission to reduce the high cost and use of electricity in the Exhibit industry in North America. Building on last year’s success with the introduction of Showbattery, a portable & rechargeable lithium ion technology and a gold standard for energy storage, she partnered to evolve the technology to meet specific needs of Exhibitors in the industry, saving them thousands of dollars in electrical cost. Moreover, her product satisfies Exhibitors’ desire to reduce waste, and is a significant option in the purchase of green exhibit products. Shelley teamed up with strategic partners in energy efficient LED lighting to create further value and give Exhibitors a complete 360° solution in an easy and affordable lights-and-battery kit. Her innovation for tradeshows also drives others to innovate – see http://youtu.be/nHwOJkFEaFg. Over the course of the year, Shelley has been successful in securing in-market resellers to ensure that Exhibitors have easy access to the technology, along with “just in time” supply and support. She secured Canadian government funding (from Nova Scotia Business Inc., Innovation Voucher) and university resources (Dalhousie’s iDLab & Sobey School’s Master of Technology Entrepreneurship and Innovation program) to support the continued development of innovative solutions specifically designed and manufactured to meet the needs of this industry. She also continues to provide business development and mentoring support for associated entrepreneurs in the industry. Intelligent, inquisitive, and open-minded, she is a strong support of women in business innovation initiatives. 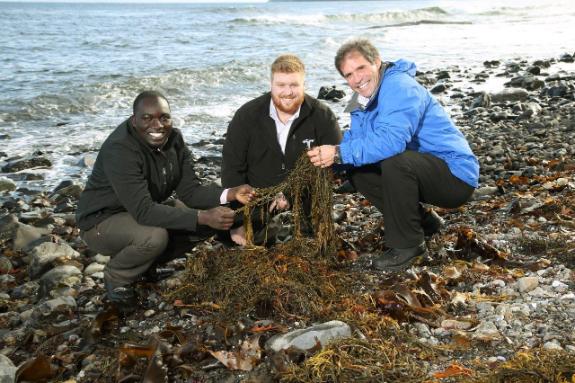 One of the strengths of the Sobey School of Business and Saint Mary’s is our global outlook. Thanks to the diversity of students who arrive here from over 120 countries around the world, we are able to foster connections and conversations that inspire new ideas and associations between people from all walks of life. That’s exactly what happened when Tim Cranston from Halifax, Nova Scotia met Sulayman Cham from the Gambia in the Master of Technology Entrepreneurship and Innovation (MTEI) classroom.

Tim’s background is diverse. A retired professional hockey player who had worked as a lawyer and sports agent, Tim co-founded Natural Ocean Products in 2012. The company extracts bioactive compounds, like proteins and antioxidants, from marine plants and other material, for the purposes of creating all-natural food and cosmetics. Tim enrolled in the MTEI program to improve his innovation process and management skills.

Sulayman (pictured, left) is from West Africa, where his family has a sesame seed farm. Ongoing drought conditions are plaguing farms in the region, reducing yields by up to 80%. He signed up for the MTEI program to learn more about entrepreneurship, so that he could return home and start businesses to offer locals non-farming employment opportunities.

On the first day of class, the students talked about why they enrolled in MTEI, and what they hoped to learn in the program. Sulayman discussed the droughts damaging his family’s farm, and Tim thought he would be able to help. He researched seaweed and concluded that because it can retain 200-300% of its weight in moisture, it could be used to lessen the impact of drought, not just in West Africa, but worldwide.

Afri-Sea took first place in the Social Entrepreneurship Category at the Innovative Ideas competition, and placed 5th out of 3,800 teams in the International Business Model Competition (IBMC), held at Brigham Young University May 1 and 2, 2015.

Afri-Sea was profiled in Progress Magazine, Volume 21, Issue 7 and the Chronicle Herald May 4, 2015.

Todd Mercer (pictured centered) is the driving force behind PartyUPtonight.com. PartyUP is a mobile app that provides easy access to club and event activities. 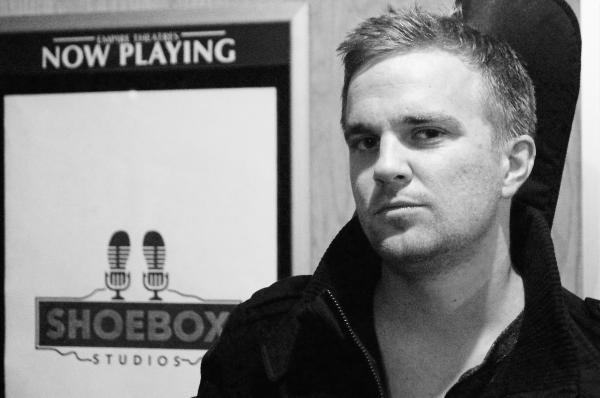 Recording artist and MTEI graduate, Ian Kamp, is never without a song in his head. Deeply rooted to Nova Scotia, Ian debuted his first album, Lost at Sea, in January 2016 at the end of his MTEI internship. His lead single was the title track Lost at Sea.

With a soulful voice, a mellow vibe, and thoughtful lyrics, he has opened for popular acts such as Jimmy Rankin. Ian is a well-rounded individual, an artist, guitarist, pianist, fiddler, drummer, songwriter, singer, businessman, and a devoted family man.

Ian’s vision and its execution go beyond his art. His dream is to build a strong community of like-minded and talented musicians via his one-stop studio, Shoebox Studios, which he has undertaken as his MTEI project. Trialing as his own first customer, for Lost at Sea, Ian created 13 original, high-quality, and heart-warming songs. He earned his MTEI degree in January 2016, and continues to earn many new fans.

Mandy Woodland, Rob MacKenzie, a third MTEI Alumnus, and an MTEI professor, founded a startup for the pharmaceutical industry, Caetum, which provides white-label software, clinical trial budgeting software, and a mobile application for monitoring and analysis.

Commuting from Newfoundland for the MTEI program had its challenges, but Mandy believed that the program would fill some vital gaps in her understanding, through its business-focused programming, while aligning with her passions: intellectual property, science, and technology.

Before embarking on an MTEI degree, Mandy attended Memorial University and received a Bachelor’s degree in Biology. She returned to Memorial University to study molecular biology at the graduate level, and worked at the Faculty of Medicine for three years before attending law school at Dalhousie University. She graduated in 2006 and has worked as a lawyer, practicing in technology, intellectual property, and privacy law.

Rob MacKenzie co-founded Caetum with fellow MTEI student Mandy Woodland. He is presently the VP of Research and IP and Patent Director, in addition to running his consulting business, AramaxIP. In December 2014, Rob won a Spark Cape Breton competition award of $10,000 for another product he developed as part of the MTEI program. The product is an app called Prevail Innovations that enhances the efficiency and accuracy of dictation.

Rob graduated from the Nova Scotia Community College as a Certified Electronics Engineering Technologist and founded his first company, Bay Industrial & Mine Tech Inc. (BayTech) in 1987.Through BayTech, he invented and developed more than 20 products including long-lasting battery-powered LED lights for use in underground mines. Rob has several patents for products he’s invented, but saw MTEI as an opportunity to fill some of the gaps he had in business and entrepreneurial knowledge.

Caetum was profiled in the Chronicle Herald, December 17, 2014.

After completing an undergraduate degree in India, Suman pursued a Master’s degree in Electrical Engineering in the US, graduating in 2008. After working first as a software developer, then as a business analyst for IT projects, he returned to India and launched a small software start-up. “After running a start-up for a year, I realized it was time to augment my technical expertise with a formal business education. That’s when I discovered the MTEI program, which was a better fit for my situation than a traditional MBA.”

Initially apprehensive about being the only international student in the class, Suman has nothing but praise for the Saint Mary’s experience. “I have been networking and connecting with so many different people,” he says, “and it is all possible because of the way Saint Mary’s University and the Sobey School of Business treat their students.”

VidSnippets was profiled in the Chronicle Herald, August 4, 2014.