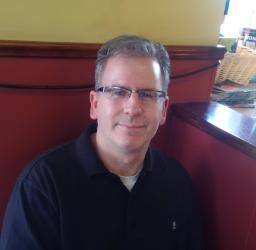 The 'Ndrangheta in Canada: Outpost or Transnational Power Centre? (Conference presentation, book, and documentary film) - The 'Ndrangheta is considered one of the most widespread criminal organizations in Italy, Europe, and the world. 'Ndrangheta cells with direct ties to Calabria have had a presence in Canada since the 1950s (with the discovery of the so-called "Siderno Group"). Since then, the ’Ndrangheta had risen to a “Tier 1” national threat, based on RCMP assessments. Italian law enforcement officials estimate there are least seven cells in Ontario and have accused the province of becoming an international “penal colony” for ’Ndrangheta members who had fled Italy for the sanctity of Canada. This research examines the ’Ndrangheta as a transnational mafia-style criminal organization while exploring accusations that its international power centre has shifted from Calabria to Canada.

The SMUPALS Program - PALS is a social developmental program for children (ages 6 to 12) who are at-risk due to academic failure. The program, which began in May of 2006 is meant to address – in a multi-component, complementary and integrated fashion – factors that put disadvantaged children at risk by enhancing their personal “resilience.” The acronym PALS stands for Positive Role Models and Mentors, Academic Tutoring, Leisure and Physical Activities, and Social and Life Skills Development. PALS was funded through a $400,000 grant from the National Crime Prevention Centre. Much of the tutoring and mentoring is carried out by SMU students. It has currently been adapted to First Nation's children and is being piloted with the Glooscap First Nation in Nova Scotia.

Saint Mary's University Academic Resilience Team (SMART) - This pilot project is a quasi-experiment built on principles of crime prevention through social development and recidivism prevention. The project helps disadvantaged and marginalized youth achieve academic success, which includes completing high school and successfully enrolling at Saint Mary's University or another post-secondary institution. The evidence-based intervention principles and strategies being used in this project include the following:

Money Laundering in British Columbia: A Review of the Literature  - This report, submitted to the Cullen Commission of Inquiry into money laundering in British Columbia, provides a review of literature that is concerned with describing and analyzing the nature and characteristics of money laundering (ML) with emphasis on Canada and British Columbia. This includes literature that provides a conceptual and theoretical overview of ML, its relationship with profit-oriented organized crime and criminal groups, a breakdown of ML methods and techniques, the commercial and financial sectors and professionals used to launder money, how the informal (underground) economy is used, as well as the effects that ML may have on organized crime, the economy, and society. These issue areas are applied to Canada and B.C. specifically and include a discussion of the so-called “Vancouver Model,” in addition to an analysis of the factors that put the country, the province, and the Lower Mainland at risk of ML.

Organized Crime and Internal Conspiracies at Canadian Marine Ports - This research, funded by the federal Departments of Public Safety and Justice, examines the vulnerability of Canadian commercial container ports to organized crime groups and activities. The different studies involved in the research included a focus on the role of internal conspiracies (the corruption of dockworkers and/or the placement of members or associates of criminal groups on the docks) to facilitate smuggling and other criminal activities at marine container ports. Research methods include a literature review, interviews, review of criminal intelligence reports, and an analysis of police case files and court proceedings' transcripts. This research has been applied to expert witness work I have conducted for the Department of Justice as part of a series of court cases.

2022 - “Big banks, big money and big crimes in the era of ‘Too big to fail’,” in Tonita Murray, Elizabeth Kirley & Stephen Schneider (Eds). Big Policing and Big Crime: All About Big Money? University of Toronto Press.

2003 - “The incorporation and operation of criminally-controlled companies in Canada.” Journal of Money Laundering Control. 7(2) November, 126-138.

2000 - “Contraband smuggling and its enforcement in Canada: An evaluation of the Canadian Anti-Smuggling Initiative.” Trends in Organized Crime.  6(2), 3-31.

1999 - “Barriers to communication between police and socially disadvantaged neighbourhoods: A critical theory of community policing.” Crime, Law and Social Change. 30(4), 347-377.

1998 - “Combating organized crime in (and by) the private sector: A normative role for Canada's forensic investigative firms.” Journal of Contemporary Criminal Justice. 14(4), 351-367.

2014 - Addressing Youth Crime and Violence in the HRM: Research Findings and Recommendations. Report submitted to the Mayor and Council of the Halifax Regional Municipality (as part of the Mayor’s Roundtable on Violence).

2011 - A Study of the Vulnerability of Marine Ports to Organized Crime. Report submitted to Public Safety Canada (on behalf of Presidia Security Consulting Inc.).

2004 - Money laundering in Canada: An Analysis of RCMP Case Files. Toronto: Nathanson Centre for the Study of Organized Crime and Corruption, York University.

2002 - Predicting Crime: A Review of the Research. Ottawa: Department of Justice Canada.

1996 - The Theory and Practice of Crime Prevention Through Environmental Design: A Literature Review (co-authored with Penny Pearcey). Ottawa: Canada Mortgage and Housing Corporation.

CityNews.ca, May 3, 2022, Despite recent incidents, violent crime trending down in Halifax

CBC News, Jan. 31, 2022,  N.S. man who struggled with mental health says he needed something other than jail