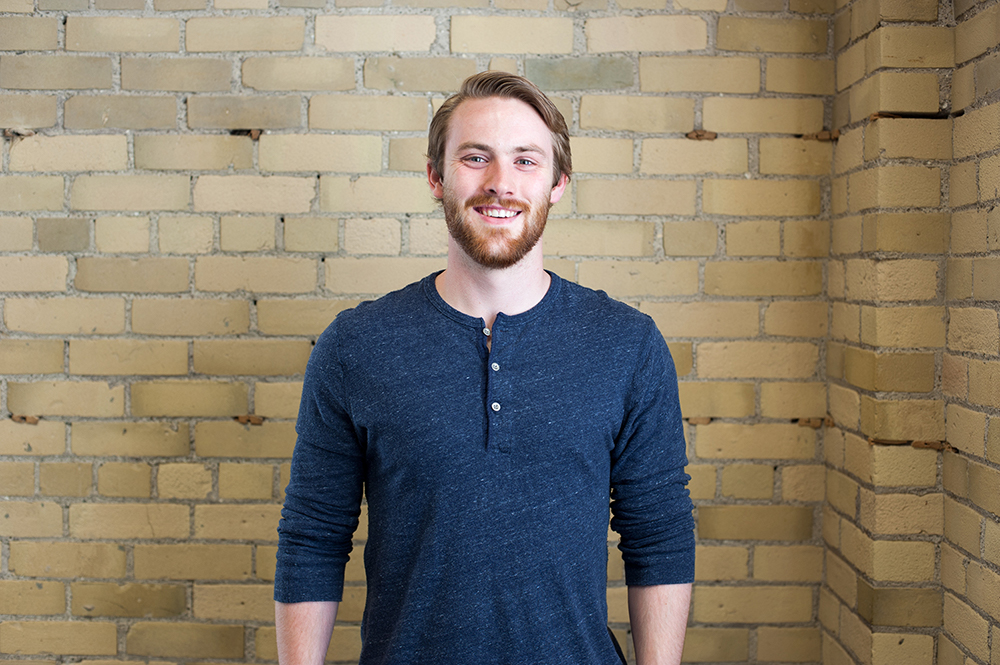 After spending almost three years in Toronto helping to triple the size of, and subsequently sell, a Canadian software start-up, Josh MacIntyre is now Head of Special Projects for San Francisco-based Grammarly. The Inc. 500 AI-assisted communications platform has over 10 million active users each day.

We caught up with Josh to talk about how his time at Saint Mary’s influenced his path.


Why did you choose to study at Saint Mary’s?

SMU holds a special place in my heart. My father graduated from the business program, and I grew up down the street from campus. I attended summer camps, watched sports games, walked the hallways, and even got my hair cut at Luigi's from time-to-time. SMU has always been a part of my life in one way or another.

When I was deciding where I wanted to go for my MBA, I was initially leaning towards the United States or Europe. But I had submitted my GMAT score to SMU as it has a fantastic reputation in the business world.

Seemingly out of the blue, Iaian Archibald (MBA’10), now co-founder and Chief Executive Officer of Swell, reached out to me on behalf of the school and asked if we could meet to talk about the program. Iaian toured me around the Sobey School of Business, explained the vision Dean Pat Bradshaw had, and described the fantastic experience he had had during his time at SMU. That personal connection meant a lot and was very much an indication of how the program would be during my two years in it.

Then I was contacted by Stewart Galloway, the head coach of the varsity soccer team. SMU was hosting the Atlantic University Sport playoffs that year. I had played soccer during my undergrad at St. Francis Xavier University, and still had a year of eligibility left. Once again, Stew sold me on SMU, its MBA program, and facilitated meetings with alumni who had played a varsity sport during their studies. He also offered me a scholarship to join the team.

Tell us about your Saint Mary’s experience.

SMU was a great experience for me. I enjoyed all aspects of student life and athletics while getting a fantastic education.

Dr. Ellen Farrell's new venture/entrepreneurship course is, without a doubt, a huge reason for why I am where I am now. I had always had an interest in the start-up/tech world, but she allowed me to really dive into it. She encouraged students to chase massive goals while instilling in us the foundation for how to accomplish them. In short, she truly opened the door to a whole new world for me. If it weren't for Dr. Farrell’s class, I never would’ve been introduced to Venture for Canada, which led to my time at Pressly Inc. I probably would be working in a completely different industry today.

What’s the best part of your job at Grammarly?

The diversity of learning opportunities within the role is, without question, the best part of my job. I get exposure to all aspects of our business and am constantly being engaged in new projects involving new topics.

Working for a technology company that focuses on artificial intelligence, I consistently get to learn about cutting-edge tech that I didn’t know was humanly possible before.

How do you think SMU grads differ from those who’ve studied elsewhere?

I’ve been fortunate, through my previous role at Pressly Inc., to hire and manage co-op students. And we’ve recently hired a number of new graduates here at Grammarly, who I interact with on a daily basis.

The main characteristic I always notice about SMU students is their understanding of the international business market and the global economy as a whole.

During my time in the MBA program, there was a large focus on international business practices, and a good percentage (30-40%) of my class was international students.

Being able to garner perspective from people of different backgrounds was massively beneficial. It allows you to look at any problem, business, or opportunity, whether it be internationally or locally, with a much more informed and impactful lens; this is invaluable.