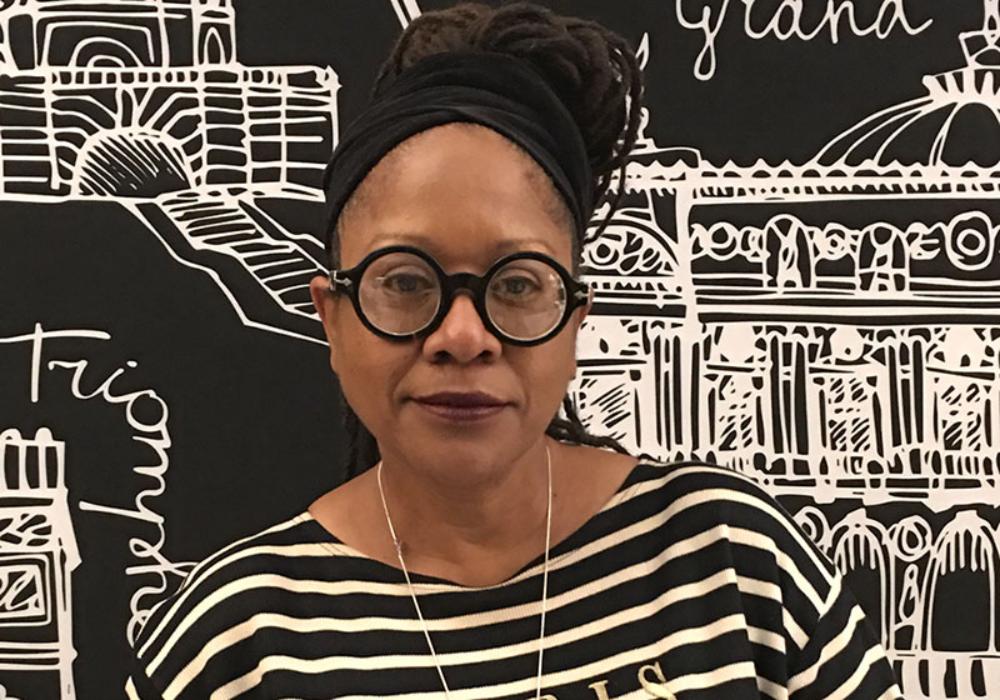 “My advice would be to start with the "self" and be the change you want to see. Let 2021 be the year of more yeses and fewer excuses.”

Why did you choose Saint Mary's to obtain your PhD, and what is your research area?

After many years in the workforce as an institutional change strategist focusing on various social justice, equity, diversity and inclusion initiatives, I felt a desire to return to university for doctoral studies in a field that compliments my career path and personal life. I settled upon my research topic, which was reparations as an economic development strategy. There is a case to be answered by former slave-holding countries for economic, social, and psychological crimes committed against African people and humanity during the Trans-Atlantic Slave Trade. Moreover, I want to develop solutions that address Black communities and nations' current economic underdevelopment caused by the legacy of enslavement.

I chose Saint Mary's for my PhD studies because I want to explore reparations through a development economics lens. Saint Mary's International Development Studies program is one of the top-ranking such programs in the country. In addition, SMU is one of Canada's first universities to establish a PhD in International Development Studies. The professors who teach in the IDS program at SMU are renowned nationally and internationally. My thesis supervisor, Dr. Henry Veltmeyer, is a prolific author and scholar. I feel very fortunate that we have such expertise here at SMU.

What is your goal after completing your PhD?

I knew I wanted to do research that would apply to social change. Before narrowing down my research topic, I recall doing a fair bit of reading on Pan- Africanism and Reparations, becoming intrigued by developments in the Caribbean, led by renowned Barbadian historian and reparations scholar Dr. Hilary Beckles. I could see the issue of reparations was on the precipice of exploding into a theory of social change; it was right up my alley.

Immersing myself in the topic, I attended two international conferences in New York (2015) and New Jersey (2016). Dr. Beckles and many authorities on the subject, including actor Danny Glover, the late US Congressman John Conyers, and Nation of Islam's Minister Louis Farrakhan, gave lectures. After having an opportunity to meet and interview Dr. Beckles, it helped me crystalize what I would like to do upon completing my PhD.

These conferences were eye-openers. It was essential to learn that reparations are not about Black people collecting cheques for past wrongs of slavery. On the contrary, enslavement reparations are emerging theories of social change that explore creative ways to heal while overcoming present-day issues. Those include poverty, illiteracy, poor health, crime, miseducation, mass unemployment, and other legacies of slavery. Designing innovative rehabilitation, satisfaction, non-repetition and compensation programs will help those who have suffered from genocide, racial apartheid, and Anti-Black racism.

I'm creating both theory and practical models of change based on reparatory justice principles in my research. These theories and models can be levers for social change in our societal institutions, including government, schools, universities and the justice system. I intend to use reparatory justice models to address: Anti-Blackness gender justice, equity, and inclusion, heterosexism and accessibility issues. My goal is to help organizations collect and use data to make decisions about institutional change.

How important is African Heritage Month to you?

I'm proud that Nova Scotia has such a vibrant African History Month calendar, despite events being presented virtually during the pandemic. It allows African descended people to focus, reflect, and learn more about themselves.

It is also a chance to share and teach others about our experiences, perspectives contributions to the human family, both past and present. However, I always say, 'celebrate one month but teach twelve months.'

Can you tell us a bit about your background and career?

I grew up in Nova Scotia's historic African Nova Scotian communities called Lake Loon, which Black Refugees established between 1812-1815. It is located in Dartmouth and is one of the four districts that make up the Preston Township.

I am the eighth of nine children; my parents were a humble, hard-working couple, but they deeply valued education and ensured all of us pursued university, college or skilled training. I attended Saint Mary's, where I completed my business degree, which has served me well in my career.

I have worked in the public, private and non-profit sectors, which has included federal and provincial government and community-based organizations. I started out working as a financial officer at Dalhousie University before working in the federal government as an employment counsellor. After that, I worked at a private-sector organization, Youth Employment Skills Canada, located in Toronto, as the National Manager of Program Service. While in Toronto, I studied Adult Education at George Brown College. When I returned to Halifax, I focused my career on educational administration, training and program development. As a private consultant, I began developing a curriculum and providing professional development training in workplace diversity, employment equity and anti-racism to corporations and government. Some of my clients included the RCMP, public schools, the Chronicle Herald, United Way, local colleges and universities. At the same time, Dalhousie University hired me as a lecturer in the Transition Year Program for African Nova Scotian and Mi'kmaq students. During my tenure there, I saw the value of going back to university to study for my Master's in Adult Education. I completed the degree in 2000.

In the late 1990s, the Council on African Canadian Education (CACE) hired me as the Executive Director of a provincial advisory to lead the implementation of a strategy to address racism in African learners' education. Under my direction, CACE developed a province-wide infrastructure to deliver programs that made a difference in the ongoing efforts to eliminate barriers that negatively impact African Nova Scotia learners. One of the initiatives I was proud of was bringing provincial legislation into creation to ensure a designated seat for a Black representative on every school board in Nova Scotia. It became the catalyst for setting many ground-breaking initiatives. I also taught courses at Dalhousie University, Mount Saint Vincent University and the former Henson College.

What motivated you to establish the Africentric Learning Institute (ALI) of Nova Scotia?

In 1992, the meeting with the United States Afrocentric scholar Dr. Molefi Asante in Toronto, coupled with the burning need to redress racial inequity in the Nova Scotian education system, led to establishing the .

While I was still in university in 1982, my sister, a friend and I formed a female acapella singing quartet called Four the Moment. We travelled across Canada and internationally to folk festivals and prestigious concert halls, including Lincoln Centre New York, The National Arts Centre, Germany, the Caribbean, World Expos and the Olympics.

While our group performed in Toronto, Asante was speaking at a conference nearby. I arranged an introduction, which led him to Halifax as a guest of the African Canadian Education Project (ACEP). We had a private audience with Asante to discuss Black Nova Scotian history, culture, and our 200-year struggle against systemic racism and cultural marginalization. We began to sow the seeds of creating ALI. Its goal was to combat the psychological dislocation and underdevelopment of Blacks due to the enslavement legacy. Initially, ALI's creation was in partnership with the Nova Scotian Department of Education and CACE. Today, ALI runs as an independent institute from the government. One of the most impactful initiatives we undertook at ALI was creating a Master's degree program in life-long learning with a concentration in Afrocentric leadership, one of the first of its kind in Canada.

Do you have any advice for fellow alumni or students that want to follow in your footsteps?

My advice would be to start with the "self" and be the change you want to see. That way, you're doing what you do for authentic reasons, not because it's trendy or politically correct. There are so many ways you can make your community, country, and this world more wholesome by doing one small thing daily or weekly – a simple act of kindness, giving, or gratitude. Doing little things will lead you to bigger things. Let 2021 be the year of more yeses and fewer excuses.