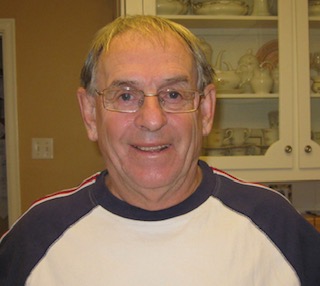 How does it feel to be celebrating the 65th anniversary of the Saint Mary’s football team?

It is very exciting and emotional. Saint Mary’s gave me my start in life. The university enabled me to get my career going, and it’s where I met my wife. I have attended most of the football games over the past 50 years, ever since we won the Vanier Cup in 1973. My love of the game and the team has never left me.

What are some of your most memorable moments playing with the football team?

When we won the Maritime title. There was a really powerful player from New Brunswick there who scored all the touchdowns. At the time, I played defence and offence. I asked the coach MacGillivray if we should try a short kick. He said it was a good idea, so Jerry Power kicked it off. The ball went way down the field. Graham MacDonald tackled the player from NB, I picked up the ball and we scored a touchdown. It was our winning season, and we were very happy and proud of that.

Do you stay connected with fellow alumni and/or former football players?

Yes, I do. I keep up to date with classmates through emails and encourage them to attend Golden Grad. For our 50th anniversary, Saint Mary’s allowed me to host a supper where many attended. I’ve kept in touch with Moose LeBlanc. Kevin MacPherson is sometimes at the games.

In 2008, you were inducted into Saint Mary’s Sport Hall of Fame. How did that feel? What did that recognition mean to you?

It was very emotional. We all appreciated Saint Mary’s honouring us and walking us onto the field. It was quite something and I will never forget it. Saint Mary’s honored me and I try to help out as much as possible by being involved.

What made you choose Saint Mary’s to obtain your Diploma in Engineering?

Saint Mary’s was close to home and Catholic, and I was a man of faith. I got a job stevedoring and it seemed natural for me to attend. The university had Arts, Commerce and Science. I wasn’t good at books or commerce, so I took Engineering. Engineering was right for me.

Could you tell us a bit about your career path after graduating from Saint Mary’s?

After Saint Mary’s, I went to get my Master of Engineering at TUNS. Through professor Dr. Meyerhof, I got a job at the Department of Highways for 30 years. I was very involved in engineering committees, and I received an award for citizenship and a fellowship from Engineers Canada. In addition, I was on several international committees and was sent to Jamaica to teach design. I also taught across Sweden.

Since your time at Saint Mary’s, you have remained involved being a part of the Alumni Association, volunteering, and participating in philanthropy. What inspires you to do so?

Is there any community, volunteer, or advocacy work you’re involved in and/or are passionate about?

I’ve always been involved in many charities. I was a founding member of the Halifax Ecumenical Food Bank Association and Maskwa Aquatic Club. I was the treasurer for 25 years and I’m still on the board. I’ve been involved with the church and the Knights of Columbus. My family was named ‘family of the year’ and given an award by the Knights. I was also heavily involved in SupperNOVA, an organization that helped new immigrants in the province. We held suppers at St. Benedict Church. I also was part of the Society of Saint Vincent de Paul and became the treasurer. My wife and I also cooked for Hope Cottage and served the people there and we sang in the church choirs for 50 years. I get a kick out of helping people. I believe if you’re able to give back, you should. If you can support any initiatives that help with the COVID-19, do it.