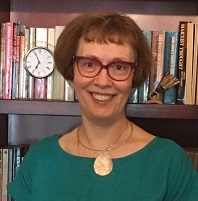 Evangelia (Evie) Tastsoglou, Professor, Department of Sociology and International Development Studies Program at Saint Mary’s University, is currently Coordinator of the International Development Studies Program at SMU, Vice-President of the Canadian Ethnic Studies Association (2012-2018), and elected member of the Research Council and Executive  of the International Sociological ssociation (2014-2018).  She is the former President of RC 32 (the Research Committee on Women in Society) of the ISA (2010-2014) and has served as Chairperson of the Department of Sociology and Criminology at Saint Mary’s University (2006-2012).

Research and Publications: With sociological and legal training Dr. Tastsoglou has over twenty five years of expertise in working with gender and immigrant women in Canada and internationally. As founder and leader of the Gender Domain of the Atlantic Metropolis Centre of Excellence (2003-2013) she led multiple projects on various aspects of migration with a gender-based and intersectional analysis. Her research, published in national and international peer-reviewed venues, engages women, gender and various aspects of international migration; Canadian immigration and integration; violence, citizenship, transnationalism and diasporas. Among her co-authored and (co)edited volumes are: Women, Migration and Citizenship. Making Local, National and Transnational Connections (Ashgate, 2006); Women, Gender and Diasporic Lives. Labor, Community and Identity in Greek Migrations (Lexington Books, 2009); Contours of Citizenship: Women, Diversity and the Practice of Citizenship (Ashgate, 2010); Immigrant Women in Atlantic Canada. Challenges, Negotiations, Re-constructions (Canadian Scholars’ Press / Women’s Press, 2011); The Warmth of the Welcome: Is Atlantic Canada a Home away from Home for Immigrants? (Cape Breton University Press, 2015); and Interrogating Gender, Violence, and the State in National and Transnational Contexts, in Current Sociology Monograph Series (Vol. 64:4, July 2016); and The Contributions and Constraints of Contemporary Immigration and Citizenship. Commemorating Canada’s 150 Years. Special Issue of Canadian Ethnic Studies. Vol. 49.3.2017.

Current Research Project: Dr. Tastsoglou currently focuses her research on sexual and gender based violence and precarity during forced migration. She is the Canadian principle investigator on a proposal to GENDER-NET Plus for funding for the project: “Violence against women migrants and refugees: Analysing causes and effective policy response.” GENDER-NET Plus is a consortium of 16 committed organisations from 13 countries (including NSERC and CIHR) that aims to strengthen transnational collaborations between research programme owners and managers and provide support to the promotion of gender equality through institutional change.  Sexual and gender-based violence (SGBV) is a major infringement of women’s human rights, and an obstacle to sustainable development. SGBV against migrant and refugee women is widespread, but often remains invisible and under-analysed both in academic research and policy-making. This research will take an intersectional approach to understand SGBV in the context of migration, analysing the ways in which discriminations and inequalities based on gender, race, nationality, ethnicity, sexual orientation, gender identity and age, interact to make certain women more vulnerable to SGBV and less able to access support and services for survivors than others.