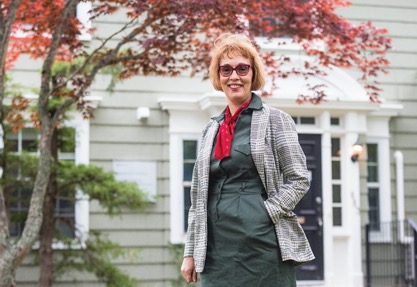 Dr. Evangelia Tastsoglou is a Professor at the Department of Sociology, cross-appointed to the International Development Studies Program at Saint Mary’s University in Halifax, Nova Scotia. With sociological and legal training Dr. Tastsoglou has over twenty five years of expertise in working with gender and immigrant women in Canada and internationally. As founder and leader of the Gender Domain of the Atlantic Metropolis Centre of Excellence (2003-2013) she led multiple projects on various aspects of migration with a gender-based and intersectional analysis. Past Chair of her

Department (2006-2012), President Elect and subsequently President of the RC 32 (“Women in Society”) of the International Sociological Association (2006-2014), member of the ISA Executive Committee and Research Council (2014-2018), and current President of the Canadian Ethnic Studies Association, she focuses her research on sexual and gender based violence and precarity during forced migration.

Dr. Tastsoglou is currently the principal investigator of the Canadian team (4 investigators / 4 institutions) of the CIHR-funded project “Violence against women migrants and refugees: Analysing causes and effective policy response”. This is part of the similarly titled international project developed in response to the GENDER-NET Plus Co-funded call. In addition she is currently also the PI of a SSHRC-funded project focusing on sexual and gender based violence and precarity during forced migration in the Eastern Mediterranean, comprising a team of academics from Canada and Greece.

Among her co-authored and (co)edited volumes are: Women, Migration and Citizenship. Making Local, National and Transnational Connections (Ashgate, 2006); Women, Gender and Diasporic Lives. Labor, Community and Identity in Greek Migrations (Lexington Books, 2009); Contours of Citizenship: Women, Diversity and the Practice of Citizenship (Ashgate, 2010); Immigrant Women in Atlantic Canada. Challenges, Negotiations, Re-constructions (Canadian Scholars’ Press / Women’s Press, 2011); The Warmth of the Welcome: Is Atlantic Canada a Home away from Home for Immigrants? (Cape Breton University Press, 2015); and Interrogating Gender, Violence, and the State in National and Transnational Contexts, in Current Sociology Monograph Series (Vol. 64:4, July 2016); and The Contributions and Constraints of Contemporary Immigration and Citizenship. Commemorating Canada’s 150 Years. Special Issue of Canadian Ethnic 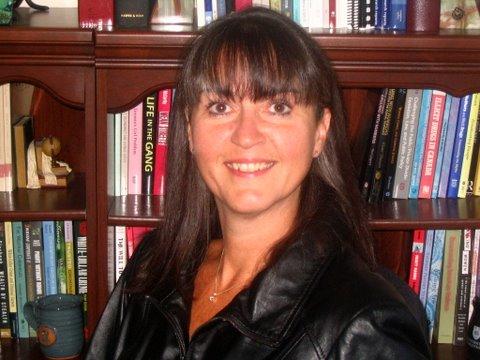 Dr. Myrna Dawson is a Professor and Director of the Centre for the Study of Social and Legal Responses to Violence (CSSLRV), College of Social and Applied Human Sciences, University of Guelph, Ontario, Canada.

She is Director of the Canadian Femicide Observatory for Justice & Accountability and Co-Director of the Canadian Domestic Homicide Prevention Initiative with Vulnerable Populations. For more than two decades, Dawson’s research has focused on trends and patterns in and social/legal responses to violence with particular emphasis on violence against women and femicide.

She established the CSSLRV in 2005 with funding from the Canadian Foundation of Innovation to support the establishment of a research center focusing activities on understanding and preventing violence. In 2008, Dawson received funding to expand the CSSLRV to create/mobilize knowledge about effective violence prevention through rigorous research, exchange of knowledge to inform policy, and to train future researchers.

She is a long-term member of the Ontario Domestic Violence Death Review Committee, the first of its kind in Canada, which was implemented as a result of an inquest at which she served as an expert witness and co-authored the foundation paper upon which the committee was based. She is the author/co-author/editor of numerous publications and reports including Woman Killing: Intimate Femicide in Ontario, 1991-1994; Violence Against Women in Canada (Oxford University Press, 2011); and Domestic Homicides and Death Reviews: An International Perspective (Palgrave Macmillian, 2017). She is published in multiple journals; most recently, in Trauma Violence & Abuse, Child Abuse & Neglect, Violence Against Women, Journal of Research in Crime & Delinquency, Journal of Interpersonal Violence, and the British Journal of Criminology.

She has presented research and delivered keynotes in Australia, Canada, Italy, the United Kingdom, and the United States and regularly consults with various levels of government on issues related to crime and violence. 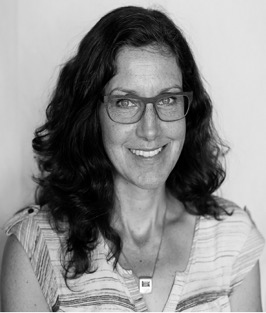 Dr. Catherine Holtmann is the Director of the Muriel McQueen Fergusson Centre for Family Violence Research (MMFC) and Associate Professor of Sociology at the University of New Brunswick in Fredericton. Her research program touches the areas of gender and religion, domestic violence, and immigrant women. She is the academic co-chair of the Violence Against Immigrant and Visible Minority Women Research Team at the MMFC which includes partners from the New Brunswick Multicultural

Council, the New Brunswick provincial government, front line service providers from immigrant settlement and domestic violence agencies, as well as newcomer women. The research team recently completed a project funded by Status of Women Canada entitled “Overcoming Structural and Systemic Barriers: a Coordinated Community Response to Domestic and Intimate Partner Violence Experienced by Immigrant Women in New Brunswick.” Some of the deliverables created by the project team are reference and resource guides for service providers working with immigrant survivors of domestic violence (http://www.nb-mc.ca/overcoming-barriers-a-coordinated-response-to-violence-against-immigrant-women-in-new-brunswick/). The team partnered with the Asian Heritage Association of New Brunswick in the creation of the film Breaking Barriers Moving Forward (https://youtu.be/I1ciRp-o9aA) featuring the stories of New Brunswick newcomer Asian women.

Holtmann, C. (2018). Organizer of the session “Religion, Gender and Family Violence” for the Religion and Society Research Cluster at the International Sociological Association Congress, Toronto, ON, 18 July. 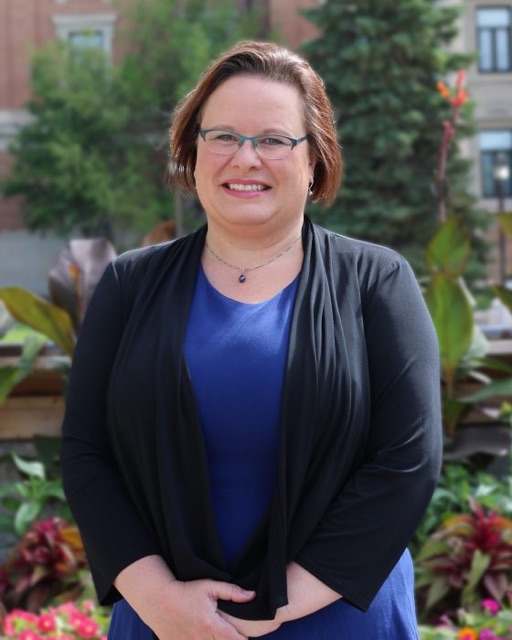 Dr. Lori Wilkinson is a professor in the Department of Sociology and Criminology at the University of Manitoba in Winnipeg, Canada. Her program of research centres on the integration experiences of immigrants and refugees. She received her PhD in Sociology from the University of Alberta in 2000 and wrote her dissertation on the resettlement experiences of refugee youth in Canada. Since that time, she focused her studies on the school-to-work transitions of refugee youth and on the health and well-being of refugee and immigrant children and youth after resettlement. She is currently conducting a study of the privately sponsored refugees and another study examining the resettlement experiences of refugee children and their families. As a public sociologist, her focus is on helping non-profit organizations with their work on refugee resettlement issues.

She has won several awards including Visiting Researcher Queen Elizabeth House University of Oxford in 2004; the 2015 Shastri-Indo Canadian Research Fellowship at Jadavpur University in Kolkata India; and several awards from the University of Manitoba including: Professor of the Year Faculty of Arts in 2008; the Teaching Excellence Award in 2017; Fellow of the Year for St John’s College in 2017; and the Dr and Mrs Ralph Campbell Award for her work with the community in 2018.

She is currently the director of Immigration Research West, a multidisciplinary and multisector group of over 150 members interested in working with immigrants and refugees in Canada. Our members include academics, students, community service providers and policy makers from the federal and provincial governments. She has served on the boards of several provincial organizations that serve the needs of immigrants and refugees including the Affiliation of Multicultural Societies and Service Agencies (AMSSA) in British Columbia, Immigrant Partnerships of Winnipeg, the Immigrant Centre (Winnipeg), the Islamic Social Services Association (Winnipeg).

Pallabi Bhattacharyya is a postdoctoral fellow in Sociology and International Development Studies at Saint Mary’s University in Halifax, Nova Scotia. She is delighted to be a member of the Canadian research team for the Violence Against Women Refugees and Migrants: Analyzing Causes and Effective Policy Response project. Her PhD research focuses on agency and empowerment among Refugee Women and Youth Resettling in Canada. 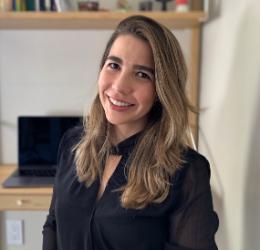 Camila Reis is a second-year master’s student at Saint Mary’s University in International Development Studies. She has over 10 years of experience as a practising psychologist in Brazil. She also has work and volunteer experience with various NGOs in Brazil, Egypt and Canada.

Her research interests focus on issues related to gender-based violence, resilience and migration.

Labe Songose is a second-year master's student in Sociology (Immigration) at the University of Manitoba. Her area of research interest is in Immigrant and Refugee Women and children studies. Her master's thesis aims at analyzing how violence against immigrant and refugee women can affect their psychological well-being and integration process in Canada.

Dr. Mia Sisic was a postdoctoral fellow in Sociology and International Development Studies at Saint Mary’s University in Halifax, Nova Scotia. Her research focuses on men's violence against women. She is a graduate of the Applied Social Psychology Doctoral Program at the University of Windsor where she completed her doctoral dissertation, A Focus on Strength-based Outcomes of Wartime Sexual Violence in a Sample of Ethnically Diverse Women from Bosnia and Herzegovina.

Chantelle has a broad interest in development and wellbeing, and in the past has conducted qualitative, ethnographic research in Ecuador and Nicaragua with organic farmers, school teachers, and anti-mining activists.