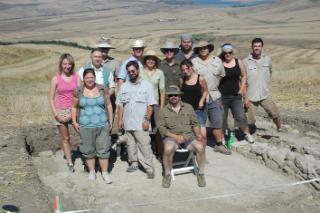 The Department of Modern Languages and Classics invites applications for its archaeological field school in the Basentello Valley in the historic regions of Puglia and Basilicata (south central Italy; the ‘instep’ of the boot). Students will participate in an ongoing archaeological research project which involves the excavation of a Roman imperial estate in southern Italy (including a small village and a Roman cemetery) as well as regional field survey of a 200 square km area in the territories of Genzano di Lucania, Banzi, and Irsina. The goal of our research is to examine the settlement patterns of this territory, with special emphasis on the transitions from the Hellenistic to the Roman period, and from the Imperial to the Late Antique period. We are also examining cultural interaction between the pre-Roman indigenous population of the region and the Romans who arrive in the area as colonists and landowners during the first century BC.

History of the Project

Since 2005, students from North American and European universities have participated in the study of an imperial estate and its surrounding territory in the Basentello Valley of south Italy. This has included the excavation of a Roman villa, part of an imperial estate, the analysis of artifactual and environmental data from this excavation, and the survey of a roughly 200 square kilometer territory to the west of the Basentello River Valley. The project has involved specialists in pottery, zooarchaeology, archaeobotany, CAD, GIS, and the environmental scientists. Reports of our fieldwork have been published in the Papers of the British School at Rome, the Fasti Online, and Taras, and a substantial preliminary report will appear shortly in Mouseion. The project, which is partially funded by the Social Sciences and Humanities Research Council of Canada, is of vital importance for our understanding of the process of Romanization or cultural hybridization in southern Italy, as well as to our understanding of the nature of imperial estates in Italy. A field school has been associated with the project since its inception, which has been a formative experience in the careers of many graduate students, including one Rhodes scholar, and many professional archaeologists. 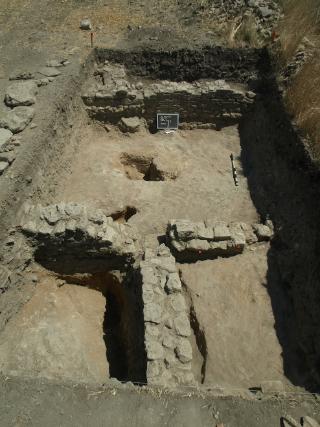 The Basentello Valley Archaeological Field Project (BVARP) is undertaking archaeological field survey in the territories of Irsina, Genzano di Lucania, and Banzi in the region of Basilicata from July 27 to August 21, 2105, and is looking for students. The field school is offered through the Department of Modern Languages and Classics at Saint Mary’s University (Halifax, NS, Canada) and can be taken for 6.0 credit hours. All project participants will engage in archaeological field walking, collection, digital mapping, data entry, photography, and artifact processing. Depending on this summer’s schedule, participants may have the opportunity to work with our paleoenvironmental team. No previous experience is required.

The BVARP seeks to understand the cultural changes that correspond to the Roman presence in the region and how these changes may manifest themselves archaeologically. We are interested in reconstructing regional settlement patterns, site hierarchies, and networks. The field survey is part of a larger project run through Saint Mary’s University, McMaster University, Mount Allison University, and the University of Sheffield which includes the excavation of the Roman imperial estate at San Felice/Vagnari and its associated necropolis, as well as a paleoenvironmental study of the Basentello Valley.

In 2015, we aim to complete a substantial section of the survey area between the Basentello River and the town of Genzano di Lucania. In total, we want to cover an approximately 25 square kilometer area, which would take our total coverage up to 100 square kilometers since 2012. Our surface analysis will include further documentation of substantial sites at Monteserico (occupied from the Neolithic to the Middle Ages and currently home to a restored Norman castle) and at the site of Festula, a large Roman villa and associated village which has produced a statue of Ceres and funerary inscriptions in the past. Students will learn how to identify and delimit archaeological sites, digitally map sites in the field using GIS softward, collect surface samples of artifacts, identify, date, and document these artifacts, enter data, and analyse this data using GIS software. Students will also learn basic elements of geomporphology.

Trips to local archaeological sites and museums will be organized on the weekends, which will include a trip to and guided tour of the site of Pompeii on the Bay of Naples. 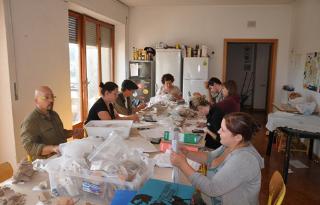 For Canadian students, the tuition and fees for these two courses are between $1,100 and $1,200 (total). Non-Canadian Students pay double this fee. Students are also required to pay a $2,200.00 participation fee to Saint Mary’s University, which covers costs associated with the field school, including meals, accommodation, and transport to and from the site each day. This fee does NOT include airfare; students are required to arrange for their travel to and from the field school. In general, return student to Italy from North America during the summer runs between 900 and 1,500 dollars (depending on the point of departure, airline, and route). Students should also budget some amount of pocket money for the purchase of souvenirs and for entertainment.

During the field school, students live in rental apartments in Genzano di Lucania during the field survey. The apartments are self-catering, so most meals will be taken in the apartments, although we dine out as a group twice per week at local restaurants and pizzerias. Students also have the opportunity to participate in local festivals in Genzano and the neighboring town of Banzi, and to interact with locals in the evenings. In the past, this has included participating in a Medieval banquet and festival in Banzi, dancing, and endless games of scopa.

Students will work in the field and lab 5 days/week, starting between 6 and 7 am and finishing in the mid to late afternoon (between 2 and 4 pm, depending on weather conditions). Weekends are free, although there will be optional trips to nearby archaeological and historical sites and museums, such as those at Metaponto, Venosa, Melfi, Altamura, Taranto, and Potenza, and a weekend-long excursion to Pompeii and sites in the Bay of Naples. Students who are not interested in the scheduled trips may make their own weekend travel arrangements. 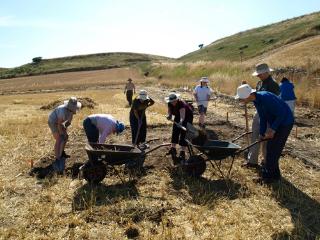 Application Process If you are interested in applying to participate in the 2015 field school, please contact Dr. Myles McCallum, Department of Modern Languages and Classics, Saint Mary’s University, Halifax, NS, Canada, via email at: myles.mccallum@smu.ca. If you have questions about the field school, you may also contact Dr. McCallum via email or by telephone at: (902) 420- 5815. More information about the field school is available at: http://www.smu.ca/academic/arts/modern/summer_session.html.