The Story of the Fred Smithers Centre 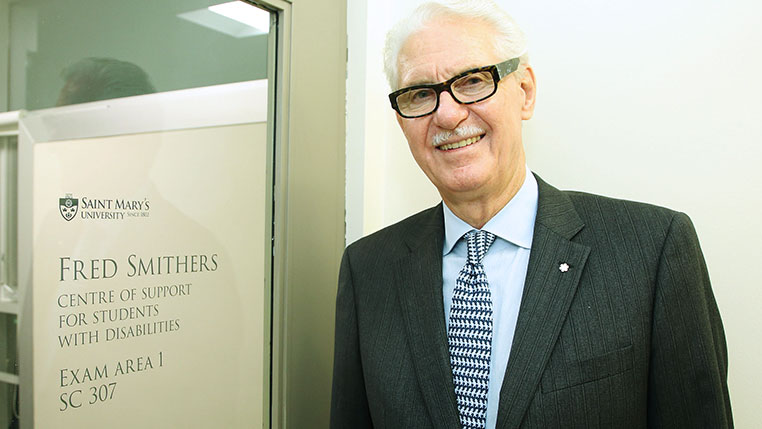 For over forty years Saint Mary's has played a leadership role in ensuring that higher education is accessible. In 1968, the university constructed a residence with accommodations specifically designed for students with mobility impairments. In 1975, a tape library was established to serve students with visual impairments at the post-secondary level. Initiatives to accommodate students who are deaf or hard of hearing began in 1980. In 1985 the Atlantic Centre, under the directorship of Dr. David Leitch, became a reality.

In January 2015, the Atlantic Centre was renamed the Fred Smithers Centre of Support for Students with Disabilities in recognition of Dr. Fred Smithers, O.C., a former member of the University’s Board of Governors, and a generous benefactor, particularly for the programs, services and infrastructure that support Saint Mary’s students with disabilities. At the same time, Dr. Smithers introduced several awards: an entrance scholarship, an undergraduate scholarship (both named for Dr. Smithers) and the David Leitch Bursary.

The centre has developed an international reputation as a leader in providing support services for students with disabilities at the post-secondary level, and was one of three centres of specialization in Canada supported by the Federal Government to enhance the full participation of citizens with disabilities in higher education.