Dr. Kevin Vessey is the former Associate Vice President Research, Dean of Graduate Studies, and a Professor of Biology in the Faculty of Science at Saint Mary’s University. An award-winning biologist, he has made a transformative contribution to Saint Mary’s research profile since joining the University in 2005 as the first, full-time Dean of the Faculty of Graduate Studies and Research (FGSR). In 2015, Saint Mary’s ranked first in Canada for international research collaborations, and in 2016 the University shot up in the rankings of the well-regarded Research Universities of the Year (RUY) report by Research Infosource, leaping nine positions to place 35th. Externally sponsored research has also flourished under Dr. Vessey’s tenure, growing from approximately $4million to $8million annually.

Prior to joining Saint Mary’s University, Dr. Vessey spent 16 years as a Professor of Plant Science at the University of Manitoba. He was also a Research Associate at North Carolina State University, and a Visiting Scientist in France at the Institut National de la Recherche Agronomique. Dr. Vessey has maintained an active research program in applied plant biology during his tenure at Saint Mary’s. Over his career he has directly supervised more than 50 undergraduate/ graduate students, postdoctoral fellows, and research associates; presented papers at conferences around the world; published over 70 peer-reviewed scholarly articles and book chapters; co-edited one book; and has been awarded one patent. His many achievements have garnered regional and national awards for research on plant physiology, particularly the functional interactions between crop plants and beneficial micro-organisms, and the optimizing of biomass crops as biofuel feedstocks. 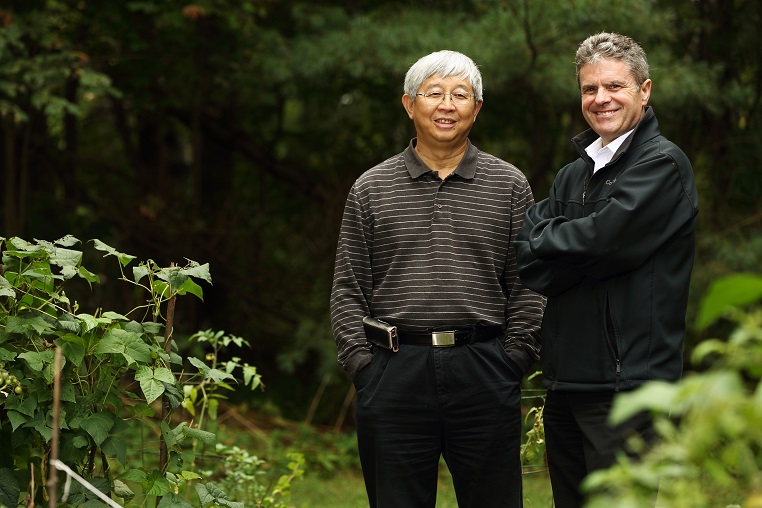 Dr. Vessey has extensive experience administering research activities with organizations and agencies external to the University and was one of the Co-Principal Investigators, a Research Theme Leader, and a Project Leader for a $10M NSERC Strategic Research Network attempting to decrease greenhouse gas emissions from agriculture. He has served numerous national and international research-oriented organizations, including grant selection committees of the Natural Sciences and Engineering Research Council (NSERC); and advisory committees for the Nova Scotia Health Research Foundation, the Nova Scotia Research and Innovation Trust, Petroleum Research Atlantic Canada, and TRIUMF (the Tri-University Meson Facility). He has also served on the boards of the Canadian Association of Graduate Studies, the Atlantic Environmental Sciences Network, the Offshore Energy Research Association, and Plant Inoculants Canada.

As a member of the University’s Senior Administration team, Dr. Vessey is active in pursing partnerships all over the world, including recent agreements with several universities in China. He works closely with the President, Vice Presidents, Deans and Directors and has input into the development and introduction of all academic programs at the University through his membership on the Deans’ Council, the Senate’s Academic Planning Committee, and the Senate.

BioFuelNet, a Canadian Network of Centres of Excellence (NCE)

Canadian Association of Graduate Studies - Board of Directors