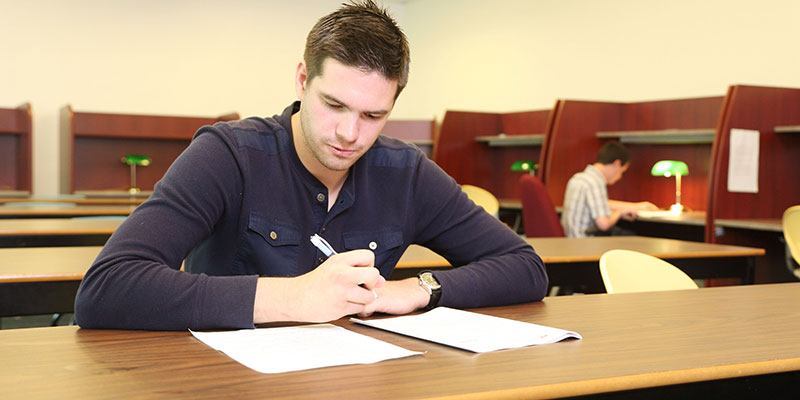 Andrew Yeadon is affected by a neurological disorder called Tourette Syndrome, but it didn’t prevent him from getting good grades at J.L. Ilsley High School in Spryfield, NS. Still, Andrew hadn’t given much thought to post-secondary education until his English teacher suggested Saint Mary’s University.

“I wasn’t sure what supports would be available for students with disabilities,” says Andrew, “and I worried that I might not succeed.”

Thanks, in part, to services available through the Fred Smithers Centre of Support for Students with Disabilities, Andrew has just completed the 3rd year of his BA in Psychology, and is well on the way toward realizing his dream of becoming a clinical psychologist and working with children who have disabilities.

“I’ll be able to relate to them,” he says, “because I know first-hand how hard it can be.”

Andrew credits the staff at the Smithers Centre with working hard to help him alleviate the stress that kicks up his condition by a notch or two. “The Smithers Centre is always a safe haven,” he says, “and the staff are like family. When I need a place to go or someone to talk to, it’s the next best thing to being home.” 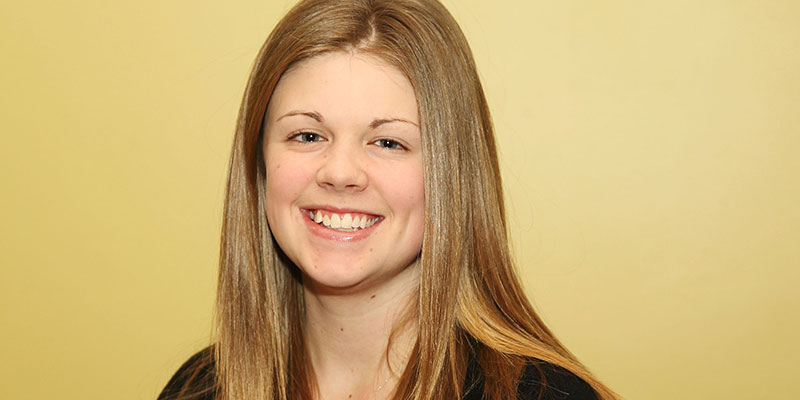 Hannah Wade laughs when she remembers her trepidation at the prospect of attending Saint Mary’s. “I imagined all sorts of things going wrong,” says Hannah, a third Bachelor of Arts student who is majoring in Psychology, “but everyone here has been helpful and welcoming.”

The welcome began with Dr. David Leitch, Director of the Fred Smithers Centre of Support for Students with Disabilities. “I went to meet with Dr. Leitch to discuss the accomodations I’d require for my hearing impairment,” recalls Hannah. “He told me that everyone in the Centre was there to support me, and that they’d do whatever it took to help me succeed.”

The Smithers Centre provides Hannah with notetakers for her lectures, and equips her professors with mics that use an FM system to transmit the professors’ words directly into Hannah’s hearing aids. Hannah also writes her exams in the Centre’s testing suite, and sometimes stops by for a quick pep talk.

“One day, I’d like to work with deaf students and offer them the kind of support that I’ve received at Saint Mary’s,” says Hannah. “It truly makes a world of difference.” 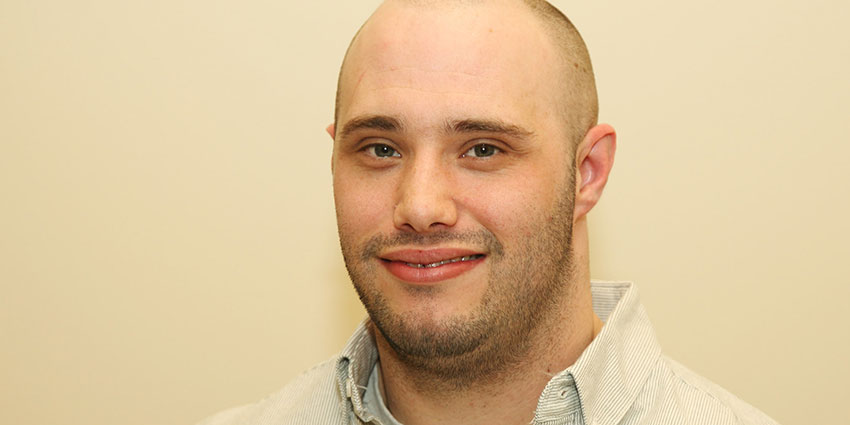 Jeremy first visited the University on his way home from playing wheelchair basketball with Team Prince Edward Island at the 2011 Canada Games. “I was planning to go directly home to Charlottetown,” he recalls, “but a teammate attending Saint Mary’s invited me to visit his home and attend a few classes.”

The rest, as they say, is history---or in Jeremy’s case, an Honours History degree and a role as valedictorian at Saint Mary’s Convocation in January, 2015.

Now 27, Jeremy divides his time between research for a Master’s degree in Atlantic Canada Studies at Saint Mary’s, a part-time job in the University’s Patrick Power Library, and wheelchair sports like basketball and rugby. In May, he competed in the Nationals as a member of the New Brunswick Provincial Wheelchair Basketball team.

Although he’s uncertain about his career plans, and whether he’ll achieve his dream of making the Canadian Wheelchair Rugby team, Jeremy is very clear about the importance of student financial aid and the help he receives through the Fred Smithers Centre of Support for Students with Disabilities.

“I would never have been able to attend Saint Mary’s and earn my degree without the assistance I’ve had from the staff of the Smithers Centre,” he says. “They’ve worked with me to access funding through scholarships, bursaries and government grants, and offered a sanctuary when things get hectic.”