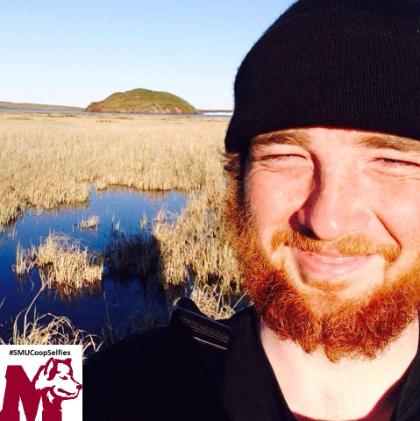 Jeremy’s summer work term was completed with Natural Resources Canada Geological Survey of Canada as a Field/Research assistant. The majority of the tasks either took place in a lab setting or out in the fields of Inuvik. During his time, he was able to travel to the arctic to work on a coastal erosion project. The picture shown above was taken at 11pm; as he is standing on a marsh in permafrost with the East White Fish Pingo placed in the background. 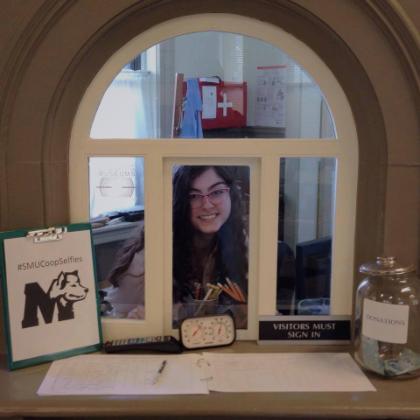 Casey spent her co-op work term at the Heritage Association of Antigonish as a Research Assistant as well as a Fundraising Coordinator. During her time there, she would prepare qualitative interviews for seniors within the town and County of Antigonish, which would include their life experiences, events and memories. The final product would become available for the general public, and be preserved at the Antigonish Heritage Museum. 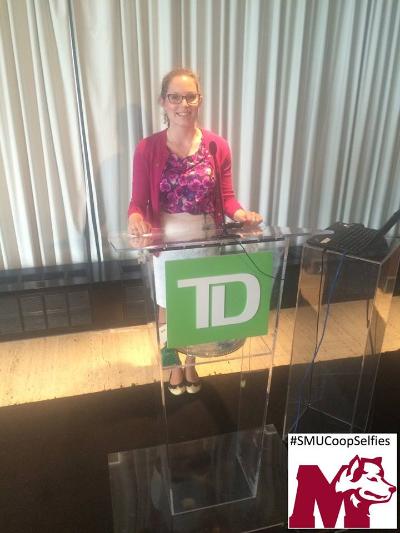 Anna spent her summer at Toronto Dominion (TD) for her spring co-op work term. Anna relocated to Toronto to work in their main office, and worked with the Global Anti Money Laundering Group. She would take on tasks such as monitoring the status of audits and verify that the summaries were as accurate as possible, as well as recording any potential suspicous assesments. 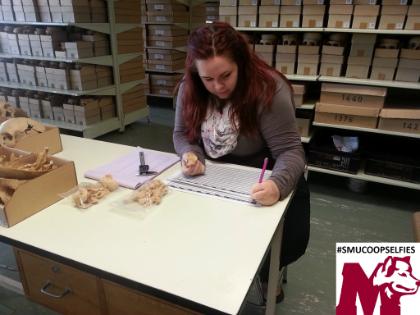 Kayla is a MSc Applied Science Candidate who completed her summer work term with Saint Mary's University this summer. She worked closely with our very own Dr. Susan Meek as a Research Assistant. Her work term consisted of performing analyses on skeletons with high accuracy. The results of her findings would go on to be published in a peer reviewed journal. This position was found with the SMUworks program; which is a bursary-funded program that hires Saint Mary's Students. SMUWorks positions are open for applications twice a year. 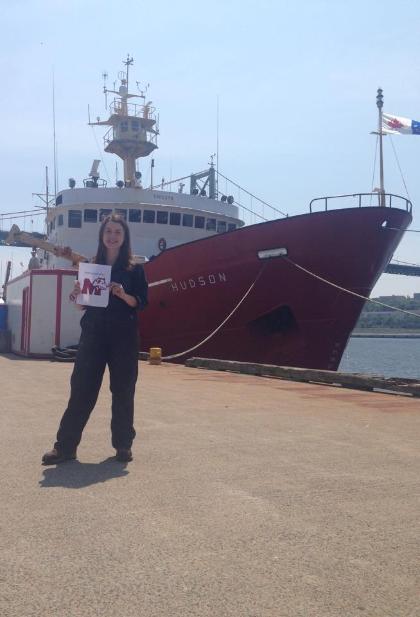 Emily’s previous work term was completed with the Geological Survey of Canada as an Environmental Assistant. During her work term, she was able to support activities in the marine geomechanical and marine core processing labs. Emily was able to spend two weeks aboard the CCGS Hudson surveying Canada. 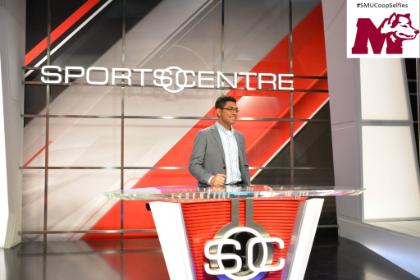 Dipon’s work term was spent in Toronto, working with Bell Aliant as a Business Intelligence Intern. Bell Aliant assigned him with a variety of important projects that was given time after time. As Bell Aliant is a subsidiary of CTV, the photo above depicts a time where Dipon was able to visit their headquarters, which includes the SportsCentre headquarters as well.

Listed below are example opportunities for Co-operative Education students in various degree programs. These positions are a small example of what is available for students each term. For a more comprehensive list, please come visit us on the 4th floor of the Student Centre.

Please note: Several degree programs and major concentrations overlap in their focus, and as such many job postings get approved for multiple faculties: