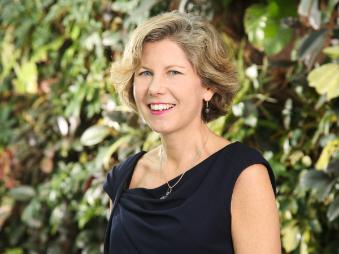 Alexandra Dobrowolsky holds the rank of Professor of Political Science. She completed her PhD at Carleton University in 1996, and then a Postdoctoral fellowship at Dalhousie University in 1997. She worked as an Assistant Professor in Political Science at York University from 1997-2000. She joined the Saint Mary's University Political Science Department in 2000. Her research, writing and teaching deal with the theories and practices of representation, mobilization, citizenship, and democratic governance. Her recent work explored changing citizenship regimes in relation to social policy, as well as to security and immigration in Canada and Britain. She is currently examining the impact of the devolution of Canadian Immigration Policy on equality and multiculturalism.

Editor. The Warmth of the Welcome: Is Atlantic Canada a Home Away from Home for Immigrants?  Sydney: UCB Press  2015 [co-edited with. E. Tastsoglou and B. Cottrell], 290 pp.

“Why Networks Matter and How They Work? The Role of Social Networks in Attracting and Retaining Immigrants,” in Glenda Tibe Bonifacio and Julie L. Drolet eds., Canadian Perspectives on Immigration in Small Cities, Switzerland: Springer, 2017. pp. 141-169.

“That Was Then and This is Now: The Sad but True Story of a Shrinking Equality Opportunity Structure,” in L. Harder and S. Patten (eds.) The Patriation Negotiations, Vancouver: UBC Press, 2015. pp. 290-311.

“Choices, Calculations and Commitments that Help to Create a Home Away from Home,” in E. Tastsoglou, A. Dobrowolsky and B. Cottrell (eds.) The Warmth of the Welcome: Is Atlantic Canada a Home Away from Home for Immigrants? Sydney: UCB Press, 2015 in review. Co-authored with C. Bryan and P. Gardiner Barber. pp. 60-79.

“Not the Usual Story and Not the Usual Suspects: Women and Economic Migration,” in Rachel Brickner (ed.) Migration, Globalization and the State Houndmills: Palgrave, 2013. pp 79-100.

October 2017  A. Dobrowolsky, T. Findlay and A. Mandrona. “Power, Privilege, and Policymaking: Reflections on “Changing Public Engagement from the Ground Up.” Atlantic Provinces Political

May 2017   A. Dobrowolsky, “Re-Patriating Immigration: Present Day Puzzles and Problems for Neoliberalism.”  Conference in Honour of Janine Brodie, Edmonton, AB,  May 4-5, 2017 (invited).

Nomination for the Dean's Award for Research Excellence, at York University (2000).