Congratulations to our Dr. Brown 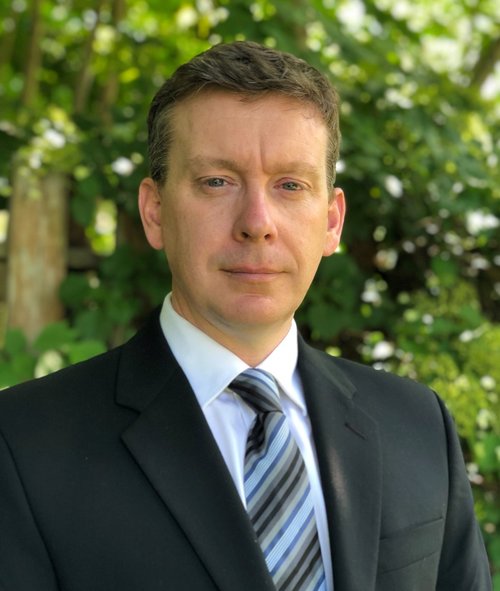 Saint Mary’s University professor Blake Brown has been recognized by the Royal Society of Canada for his outstanding scholarship and has been named a member of The College of New Scholars, Artists and Scientists.

“I am very proud to have the Royal Society of Canada recognize the world-class research of one of our scholars,” said Malcolm Butler, vice-president, academic and research at Saint Mary’s University. “Dr. Brown is unafraid to ask tough questions or to undertake the extensive research required to answer them. He understands the importance that the past plays in the present, and his research helps Canadians understand some of the most important topics facing us today.”

The Royal Society of Canada established the College of New Scholars, Scientists and Artist in 2014. The college recognizes individuals who have begun demonstrating leading scholarly research or artistic excellence within 15 years of having completed their post-doctoral program or its equivalent. The College of New Scholars, Artists and Scientists is Canada’s first national system of multidisciplinary recognition for the emerging generation of Canadian scholarly leadership.

Blake Brown is one of Canada’s leading legal historians whose research tackles vital questions in the history of law and public policy. Author or co-author of three books, including A Trying Question: The Jury in Nineteenth Century Canada and the award-winning Arming and Disarming: A History of Gun Control in Canada, he is a publicly engaged commentator on policy issues, promoting a nuanced understanding of the interaction between law and society.

“I am honoured to be joining this exceptional group of new scholars,” said Brown. “Now more than ever, our history offers us a glimpse into our present and potentially our future. From firearms and their connection to masculinity to our legal system and its evolution, history provides the context through which we can better understand the challenges of today. I look forward to the new opportunities for collaboration and research partnerships that will be made possible through membership in this diverse, talented, and multidisciplinary group.”

February 6, 2017 the History Department celebrated the publication of John Lee's  Seven Crucial Centuries: Changes in Premodern Chinese Society and Economy, 499 BCE - 1800 CE.  Dr. Lee was a member of the History Department from 1985 to his death in 1999. His manuscript was edited and published by Dr. Bill Sewell (History/Asian Studies). We were thrilled that Dr. Lee's brother Tom and his family could join us.

Drs. Brown, Freeman and Kehoe, represented the SMU History Department in the annual History Curling Competition this past weekend. 1 win, 1 loss – so they’re in with a shout next year!

“Being the CRC in Atlantic Canada Communities is really important to me, academically and personally,” says Dr. Kehoe. “A big part of my identity as a scholar is the work that I do beyond the walls of the university, and this CRC is enabling me to continue with this mission.”

Dr. Kehoe’s work focuses on work on religion, migration, and identity in the British Atlantic and on sustainable development in rural communities.

A Cape Breton native and Saint Mary’s alumna, Dr. Kehoe joined the History department this January. Until recently she was a lecturer in history at Scotland’s University of the Highlands and Islands, and a senior lecturer in history at Glasgow Caledonian University. She has held research fellowships at the University of Guelph and Yale University, sits on the editorial board of the Scottish Historical Review, and is a fellow of the Royal Historical Society. Kehoe is a member and co-chair of the Royal Society of Edinburgh’s Young Academy of Scotland and in 2015 she was appointed to the Global Young Academy.

Congratulations to Dr. Jill Campbell-Miller! Dr. Campbell-Miller was one of six finalists for the 2015 Council of Graduate Studies/ProQuest Distinguished Dissertation Award. Her dissertation, "The Mind of Modernity: Canadian Bilateral Foreign Assistance to India, 1950-60" was selected from among 71 entries from Canada, the United States and abroad.

Leverhulme Visiting Professorships are awarded to UK institutions that wish to invite an eminent researcher from overseas to enhance the knowledge and skills of academic staff or the student body within the host institution. ... The overriding criteria for selection are first the academic standing and achievement of the visitor in terms of research and teaching, and secondly the ability of the receiving institution to benefit from the imported skills and expertise. ... Since 2000 the Leverhulme Trust has awarded an average of fewer than 9 Visiting Fellowships a year in the Humanities for the whole of Britain.

Professor Stretton will be attached to the History Department at the University of Cardiff, working closely with the faculty members and graduate students engaged on a nationwide Arts and Humanities Research Council project entitled 'Women Negotiating the Boundaries of Justice: Britain and Ireland, c1100-c1750."

On Display in the History Hallway: WWI Posters from Library and Archives Canada

Are you interested in the history of war and conflict? The History Department's got you covered...

Dr. Peter Twohig Among the Inaugural Cohort of The College of New Scholars, Artists and Scientists

The Royal Society of Canada (RSC) recently announced their inaugural cohort of The College of New Scholars, Artists and Scientists. Among those honoured with admission to the cohort was Saint Mary’s University Professor of History and Atlantic Canadian Studies and Canada Research Chair, Dr. Peter Twohig."I am deeply honoured to have been elected to the College," said Dr. Twohig. "I have been fortunate to have had the benefit of excellent colleagues and mentors here at Saint Mary’s University, across Canada, and beyond. My students, past and present, continue to inspire me."The inaugural cohort is made up of 91 faculty members from Canadian universities coast-to-coast, nominated by 51 Canadian universities and the National Research Council. Those chosen represent the emerging generation of scholarly, scientific, and artistic leadership in Canada. The College will address issues that are of particular concern to new scholars, artists, and scientists for the advancement of understanding and the benefit of society. Their work will take advantage of the interdisciplinary approaches created by the establishment of the College.

The RSC: The Academies of Arts, Humanities and Sciences of Canada was established in 1882 as the senior Canadian collegium of distinguished scholars, artists, and scientists. It is Canada’s National Academy. The primary objective of the Society is to promote learning and research in the arts, the humanities, and the natural and social sciences.

Chosen from a field of 11 finalists, the master’s History student presented what judges called a “refreshing social commentary” through his explanation of the enduring appeal of Ampelmann, a pedestrian traffic light figure popular in the former East Germany.

For his second place finish, Massia will receive $1,000 and will attend the Canadian Association for Graduate Studies (CAGS) Annual Conference in St. John’s, Newfoundland in October.

Massia, a master's student in the History department, explained that Ampelmann was replaced by the western crosswalk symbol following the fall of the Berlin Wall, but was brought back in the the mid '90s as East Germans became disenchanted with life in the capitalist west.

"Ampelmann became a symbol that not all East German things were bad and that they could contribute to contemporary Germany. It also showed that West Germans and people from around the world could appreciate East German culture, allowing for easterners to feel more comfortable in a globalizing world," sa

Honourable Mention: Thérèse Chevalier, Dalhousie University, PhD Student, Department of Psychology and NeuroscienceIn January 2014 McGill Queens University Press released a new collection of essays co-edited by Tim Stretton and Krista J. Kesselring entitled Married Women and the Law: Coverture in England and the Common Law World.This interdisciplinary volume investigates the curious English Common Law doctrine of coverture" that allowed a married man's legal identity to swallow or cover the identity of his wife and which lay at the heart of the legal and political subordination of English women for centuries.

The History Department is sad to announce the passing of Dr. Jennifer Grabove, a wonderful instructor and colleague. Jennifer joined the Department of History as a part-time instructor in 2009 and taught European history. She was scheduled to teach during the Fall 2013 semester, however, we had to cancel her classes while she continued with her courageous battle with cancer.

The Canadian Law and Society Association (CLSA) has awarded Dr. Blake Brown's book Arming and Disarming: A History of Gun Control in Canada with its 2012 book prize. Of the many outstanding publications this year, the CLSA committee found the work to be the most exceptional contribution to the study of law and society.

James H. Morrison, CM, Ph.D. of the History Department was awarded the Queen Elizabeth II Diamond Jubilee medal by Nova Scotia's Lieutenant Governor. The award was in recognition of Professor Morrison's research and advocacy of immigration and oral history. Professor Morrison has worked at Saint Mary's University since 1979 and was awarded the Order of Canada in 2009.

History Professor Dr. John Reid was also recently presented the Queen Elizabeth II Diamond Jubilee Medal by Saint Mary’s President Dr. Colin Dodds. Dr. Reid was nominated for the award by the Royal Society of Canada in recognition of his service to scholarship, science and the arts in Canada. Dr. Reid has taught at Saint Mary’s since 1985, teaching and supervising in the areas of Canadian and Atlantic Canadian history. He is a Senior Research Fellow at the Gorsebrook Research Institute and has been a Fellow of the Royal Society of Canada since 2004.