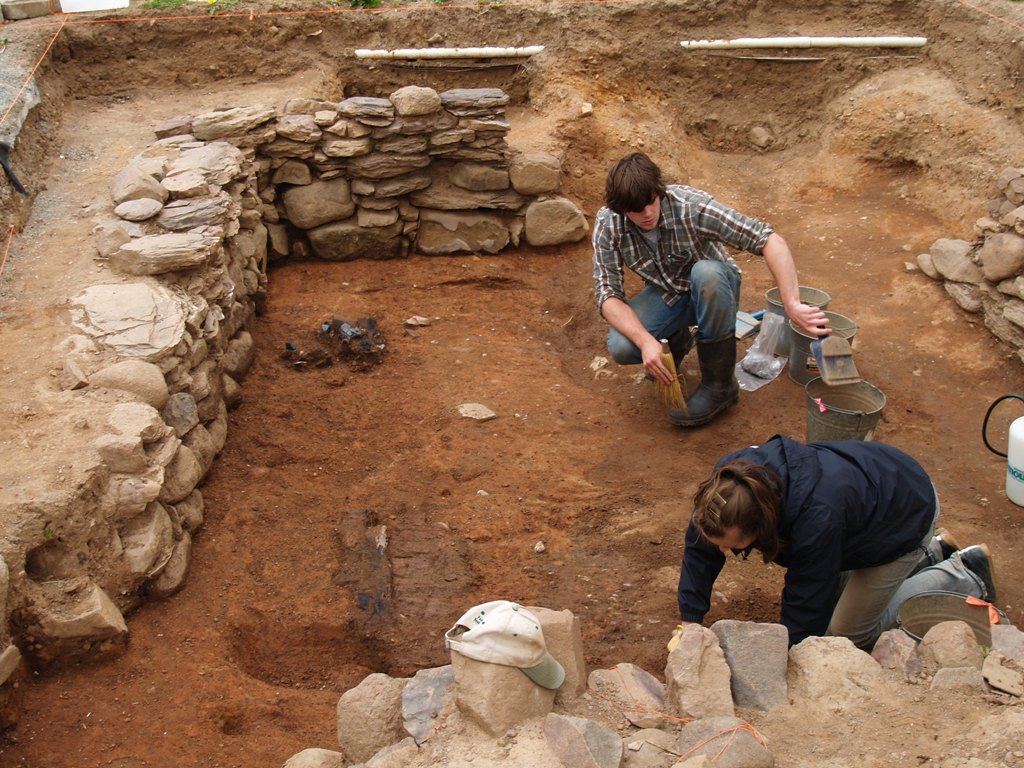 Students excavating the occupation layer of a burned pre-Deportation Acadian house at Grand-Pré National Historic Site. We located this stone-lined cellar with the aid of geophysics.

Traditionally based at Grand-Pré National Historic Site, in recent years our research has expanded to include the surrounding lands as well as early colonial sites in neighbouring counties. Our goal throughout is to employ modern archaeological methods to locate and identify sites belonging to old Acadie, a world destroyed by war in the mid-18th century.The Grand-Pré Archaeological Field School invites student archaeologists to participate in real research in one of Canada’s most storied landscapes. Over 150 students have joined our team since the program launched in 2001.

Over the years, we have:

The range of methods we employ distinguishes our field school from many others. Our students don’t just learn how to conduct manual excavations and describe and interpret soils, artifacts, and features. We also teach the principles and practices of geophysical survey, including electromagnetic induction and ground penetrating radar techniques.