The first annual David Sobey Retail Case Competition began on January 23, 2015. The concept of this 'live' case competition involved retail and service companies coming on campus to present their case to students. Companies presented a challenge/opportunity that they were currently facing. Sobeys, Sunnyside Mall and the Wicker Emporium participated in this inaugural David Sobey Centre Case Competition. Prizes worth $6,000 were on offer for the top teams.

Eleven teams comprising of four students from the Sobey School of Business took part in this competition. Four teams went onto the final presentation on February 6th, 2015 where the winners were announced. Students demonstrated their innovation and skill in solving challenging real-world cases.

"The great thing about the case competition was that my team worked on authentic challenges that local companies are currently facing. This allowed us to apply concepts learned in school to situations happening right now, which I consider an invaluable experience.” - Daniel Code-McNeil, First-place team, David Sobey Retail Case Competition. 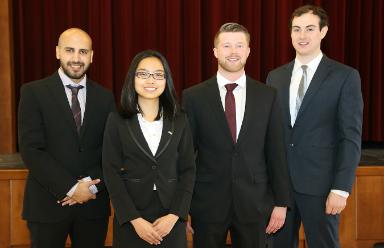 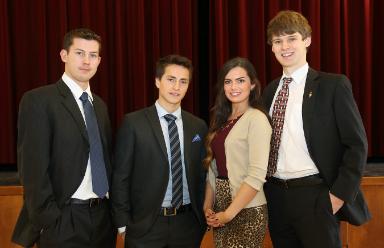 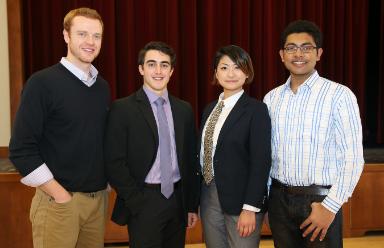 The individuals from the winning teams were presented with their awards by Dr. David Sobey, Mat Beliveau (Sobeys) and Dr. Ramesh Venkat at the launch of the David Sobey Centre for Innovation in Retailing and Services on March 10, 2015.